The Intricacies of the African Economy 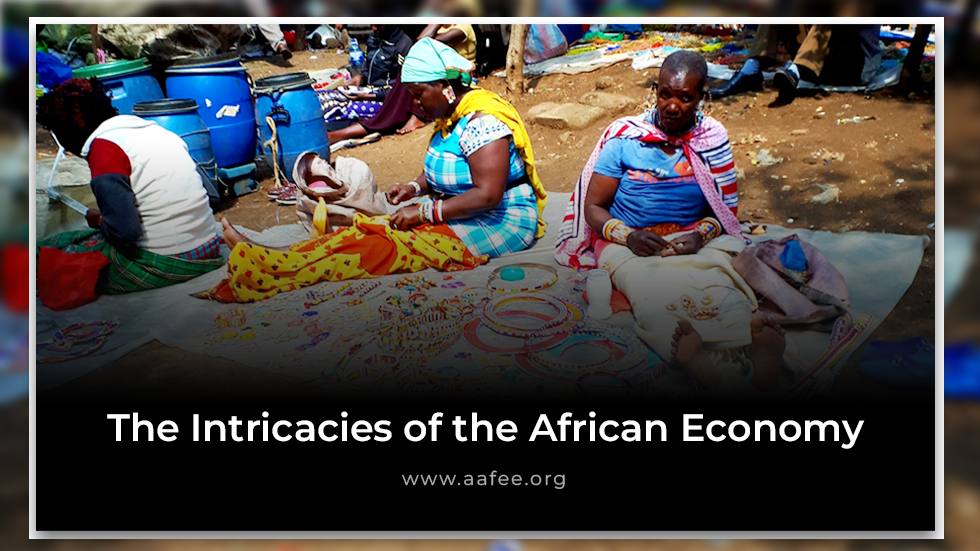 When countries trade their natural resources with each other, thus having an equal chance of trade-ins and trade-outs, why are some countries more affluent and others remain poor?

One of the primary answers researchers have reached regarding this has revolved around the difference in capital and wealth accumulation and the changes the countries go through. However, this idea doesn’t wholly account for the factors that cause these differences – how do other countries earn more, and why do they choose to change their society?

Later on, another theory was put forward to answer this particular matter: the theory of Endogenous Growth. The theory postulates that economic growth typically happens due to internal factors within the country and commonly not the external ones. This means that this growth in wealth is linked to knowledge, innovation, and human capital; all of these cause an increase in productivity which, likewise, positively affects the economic outlook. And typically, the more favorable this outlook is, the more people would put actual effort toward it. This seeds the difference between countries’ economies.

In 2005, author and professor Samuel Enajite Enajero published a book entitled Collective Institutions in Industrialized Nations, discussing this economic difference with a focus on sub-Saharan Africa and comparing the economics of the latter country to the other countries in Europe and Asia. In his book, Enajero tackles the existence of an important institution that the country in question lacks. He mentions that this institution is distinctive in advanced nations and visible in practice in the other parts of the world – social collectivism.

According to Enajero, collectivism recognizes human interdependence and that an ideal society should be all-inclusive and altruistic. Social collectivism encourages and allows men and women to create opportunities that can impact the economy rather than waiting for them from the government or leaders. This refers to the permission of the collective to put effort into actively contributing to the improvement of the economy. This proactive nature then molds a nation into an organic and harmonious whole and could be one of the primary grounds for African economic differences.

How is African Economics Different?

Economic diversification is one of the essential methods for economic resilience and growth, yet one method Africa has failed to adapt. This diversity can be shaped by a country’s location, institutional framework, and consumption patterns. For instance, a region specializing in oil production can diversify by adding and supporting personal and industrial services that also use oil but produce a different product. Generally, Africa has an abundance of natural resources; in fact, it could be one of the wealthiest countries in terms of these resources and is one of the exporters in the world. But with its failure to diversify, Africa’s economy remained predominantly agricultural, and 60% of its population is only engaged in farming as a lifestyle and means of living.

One of the main posited reasons why the African economy remains underdeveloped, and its quality relatively poorer compared to other countries is its leadership. However, while leadership plays a massive role in determining a country’s economy and ushering in improving its economic standing through planning employment and services, some Africans believe that religion may have played a more significant part in its underdevelopment. The misinterpretation of scriptural texts blinded Africa from some improvements and face of life and hindered them from realizing societal enhancements that could have affected their economy.

With the African economy depending on agriculture, about three-fifths of their population are subsistence farmers, tilling plots of land to cater to their families and producing a minimal surplus to sell. While one of the wealthiest lands with natural resources does belong in Africa, they willfully choose not to maximize its potential. This is due to the lack of knowledge and information about what they can do with these resources. Education has been one of the vital sectors that Africa had been behind on, which could have contributed to their underdevelopment.

Since they lack the capabilities to plan, produce, and add value to their resources, they likewise fail in gaining more money or resources than what they put out or trade-off. With this current process, they lose more than what they earn, thus having little to no effect on their economy, possibly leading them to accumulate losses. Comparing them with other countries, where innovations are at the top of their priorities, Africa still has a long way to go.

Social Collectivism: The Answer to Their Problem

Some say that its poorness and the lack of progress in development are all conscious choices in light of Africa’s situation. They’re living in the way they are now because of a choice they collectively decided to live by. Opinions related to this assumption commonly point toward the idea that Africa has chosen to stay exactly the way they are rather than following the modernization of other countries because it’s their norm. It’s traditional. It’s what’s comfortable for them. And to achieve improvement in their economy, this is precisely what needs to be changed.

To improve, one of the first things they can do is have better education regarding the matter. Education can help because it will provide the country with a higher level of knowledge and skills that can help in innovation and diversification, thus leading to an improved economy.